This residential building is located in Khomeinishahr City, one of the cities in the vicinity of Esfahan. The house belongs to a -4member family. The father of the family, Mr. Haddad, is interested in flowers and having plants. The mother of the family is fond of weekend parties and inviting their relatives to gather together. Two teenage boys in the family like swimming, basketball and other team sports. The family wants a home design which meets its individuals' needs. The project consisted of two neighboring residential pieces of land, both of which were purchased by the employer and, according to their needs, became a single piece of land. At the beginning of the design, various alternatives for mass (constructed space) and space (empty space) in the building were taken into account. First, the land was divided into two equal halves of mass and space. Regarding the importance of privacy in Iranian houses, this alternative was eliminated due to the problem that the entire courtyard and interior space was visible from the neighboring houses. An idea that could not only solve the problem of privacy, but also respond to the specific needs of the employer was to turn the open space into two private and semi-private courtyards, also dividing the mass part into two separate sections. In the private courtyard located at the entrance to the house, there was a space for games such as basketball and soccer as well as a car park. In the private courtyard, which is surrounded by two constructed spaces and thus having more privacy, a swimming pool and a place for family get-togethers is planned. The spaces between the courtyards form a two-story residential unit that makes up their living space and the smaller mass is a greenhouse space where the father of the family grows plants and home-grown vegetables and keeps pets such as rabbits and small birds. In cold seasons, this space can be used for playing table football or similar activities. The two courtyards of the house are connected through a path. According to the needs and necessities from the employer, the pool space had to have the possibility to be covered, if necessary, so that it has a limited view from the surrounding buildings. There was no restriction on the facade design of the building other than municipal limits and structural requirements. But given the fact that the building is located in Khomeinishahr city, it was better to pay attention to the employer's taste. 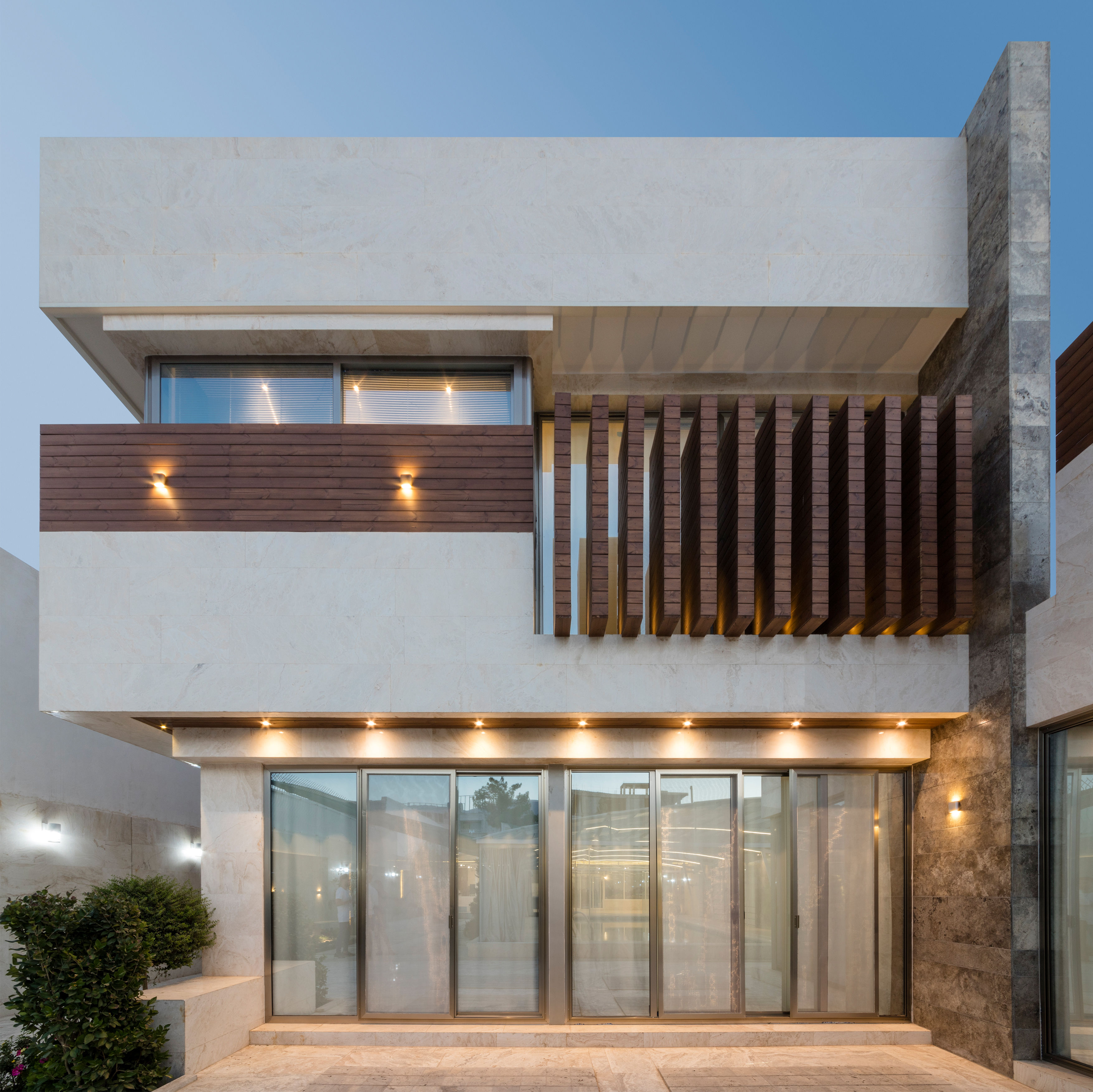 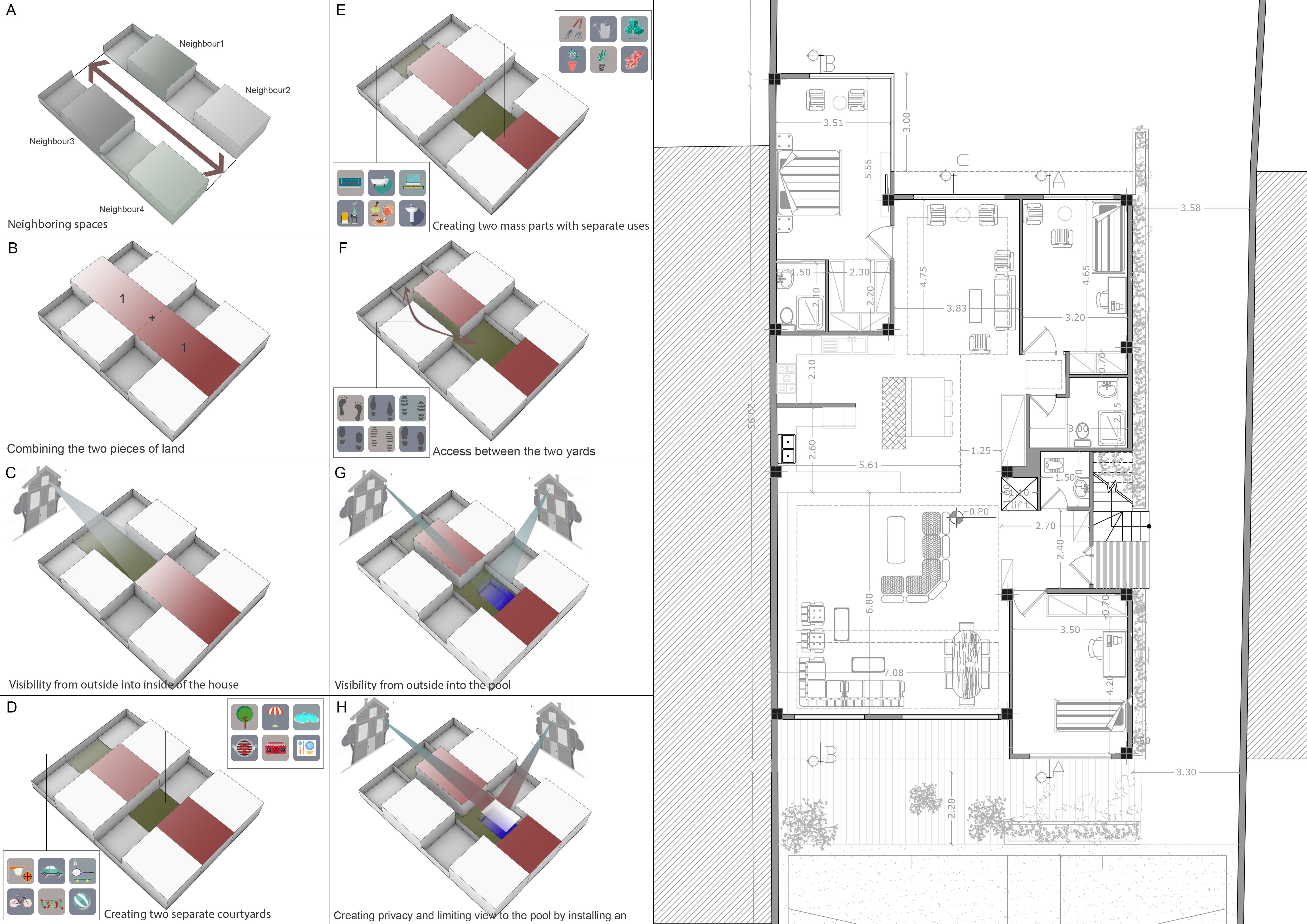 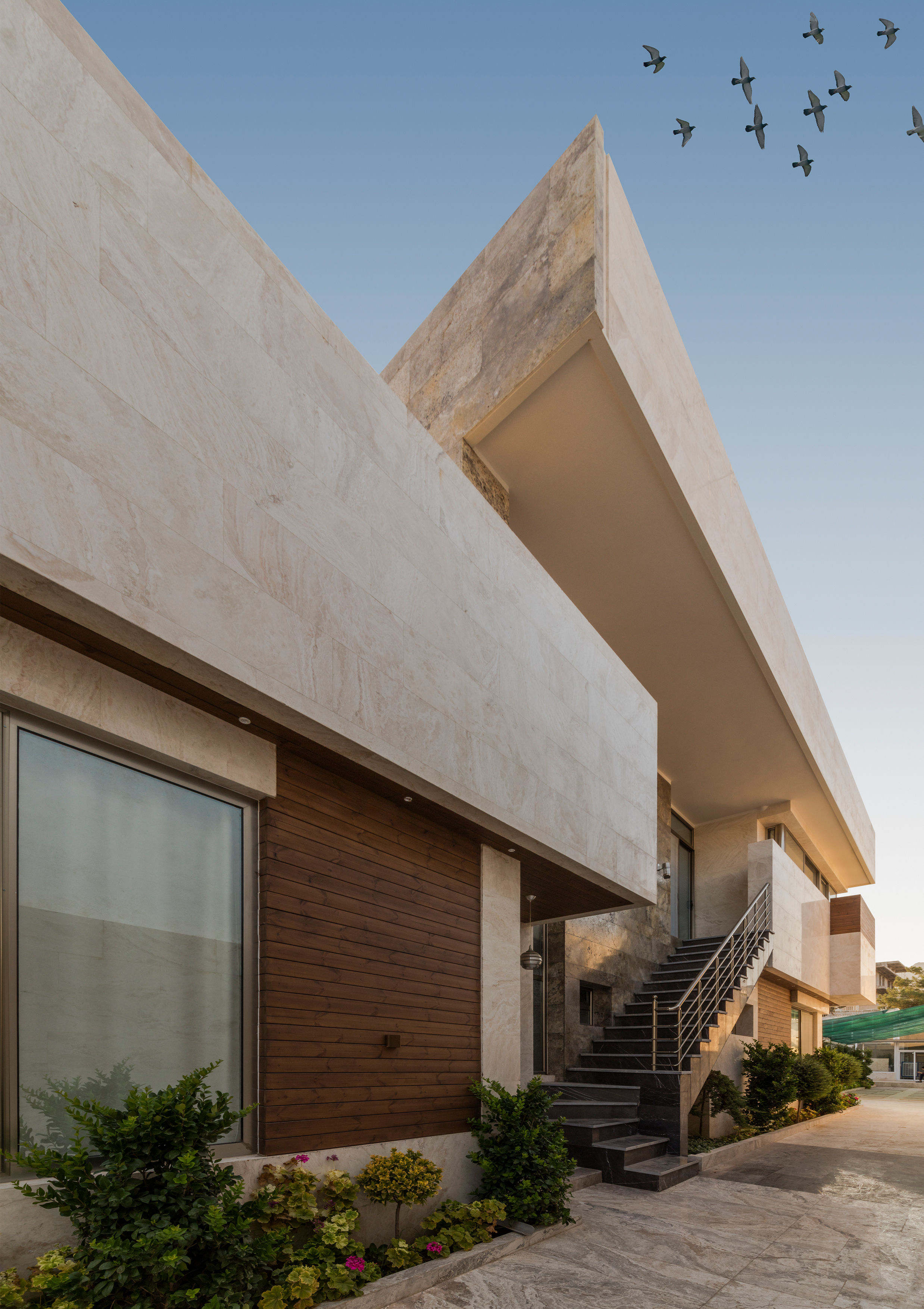 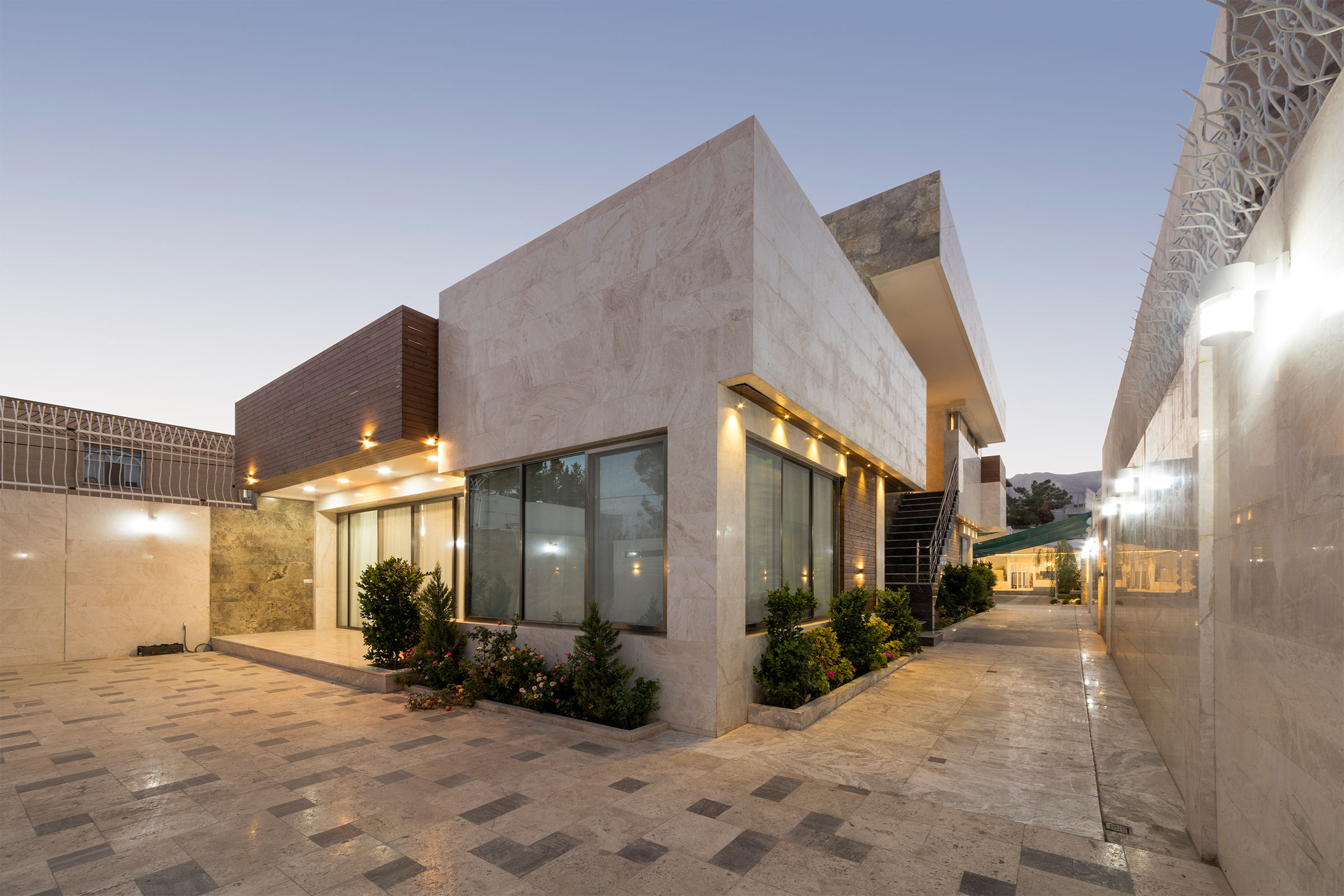 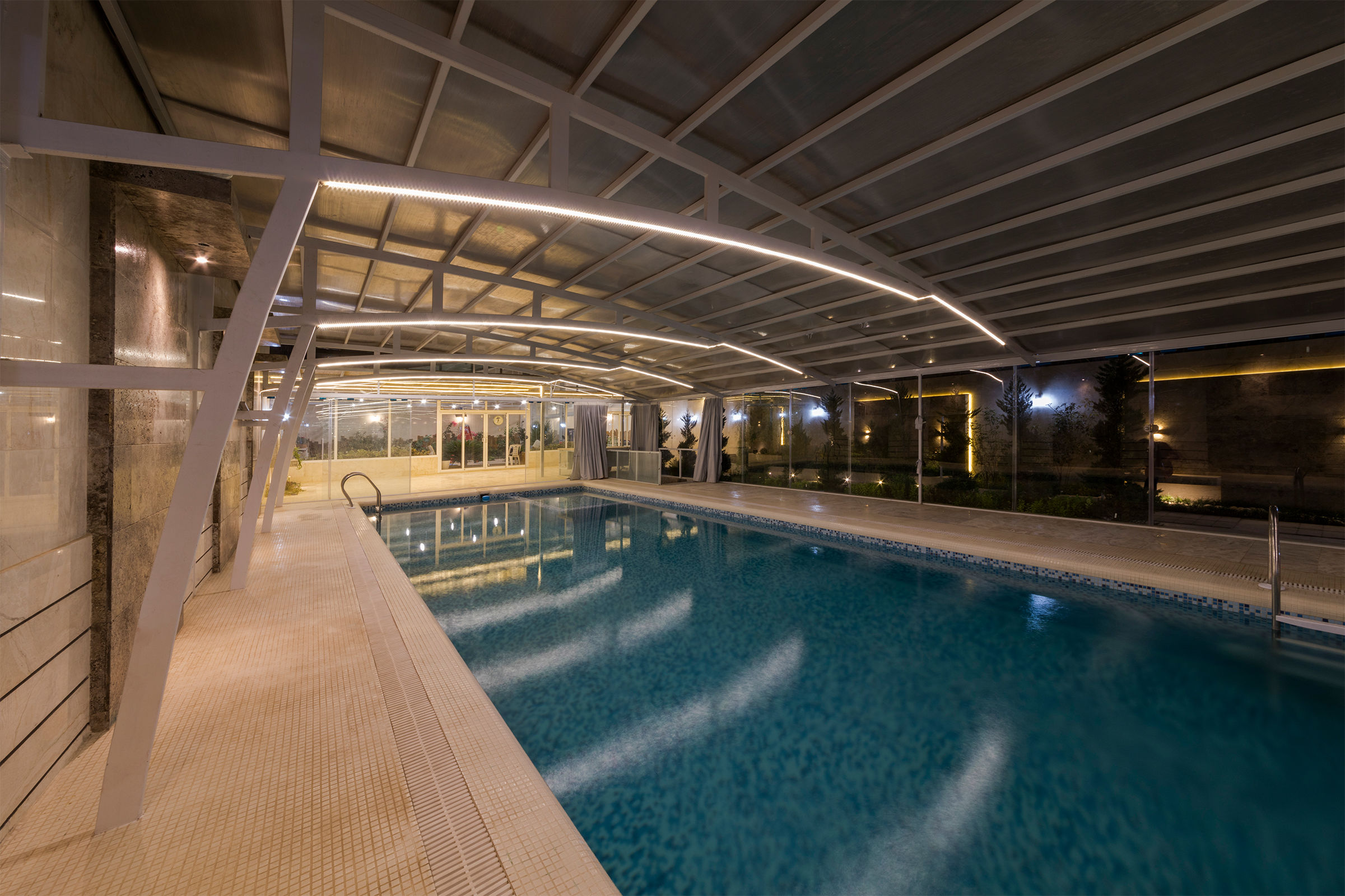