Facing one of the entrance doors of the University of Isfahan, located at Hezarjerib Street, a pedestrian bridge exists which a large number of students cross every day. The passersby are often students and educated people due to the location of the bridge. Hence, it was a good idea to increase the spacial qualities of this area by designing a pedestrian bridge which in addition to being a place only to pass, it could also have recreational and cultural uses. For example, one can pass a pedestrian bridge while watching a temporary exhibition filled with students' works. You can take a book and sit down to read it in the shadow of the trees on paths. You can also enjoy your bitter coffee which you have bought from the cafe located on the bridge while listening to the music playing there. Crossing through trees on the site and its combination with mentioned ideas, the bridge could make a desirable place to pass or stop. 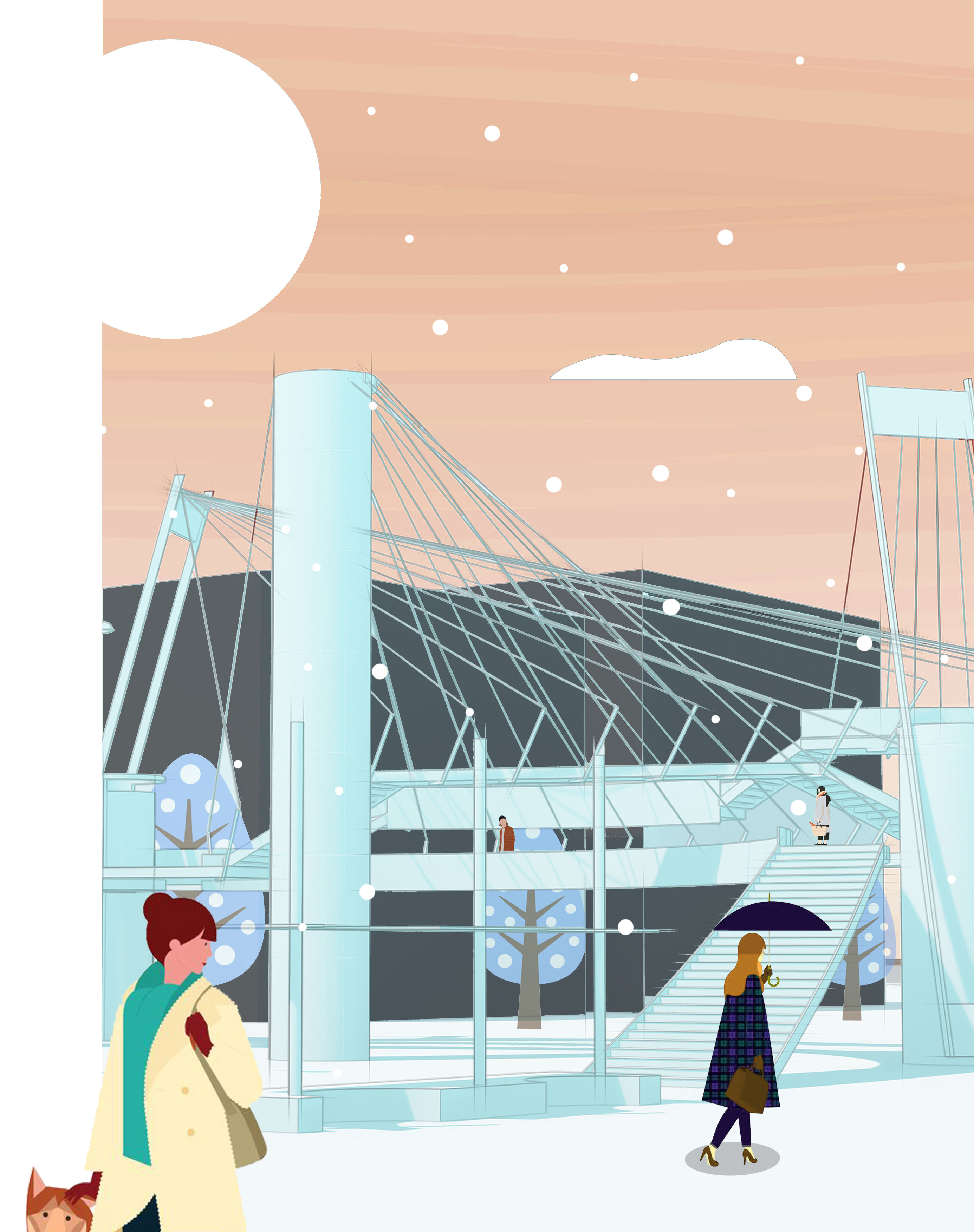 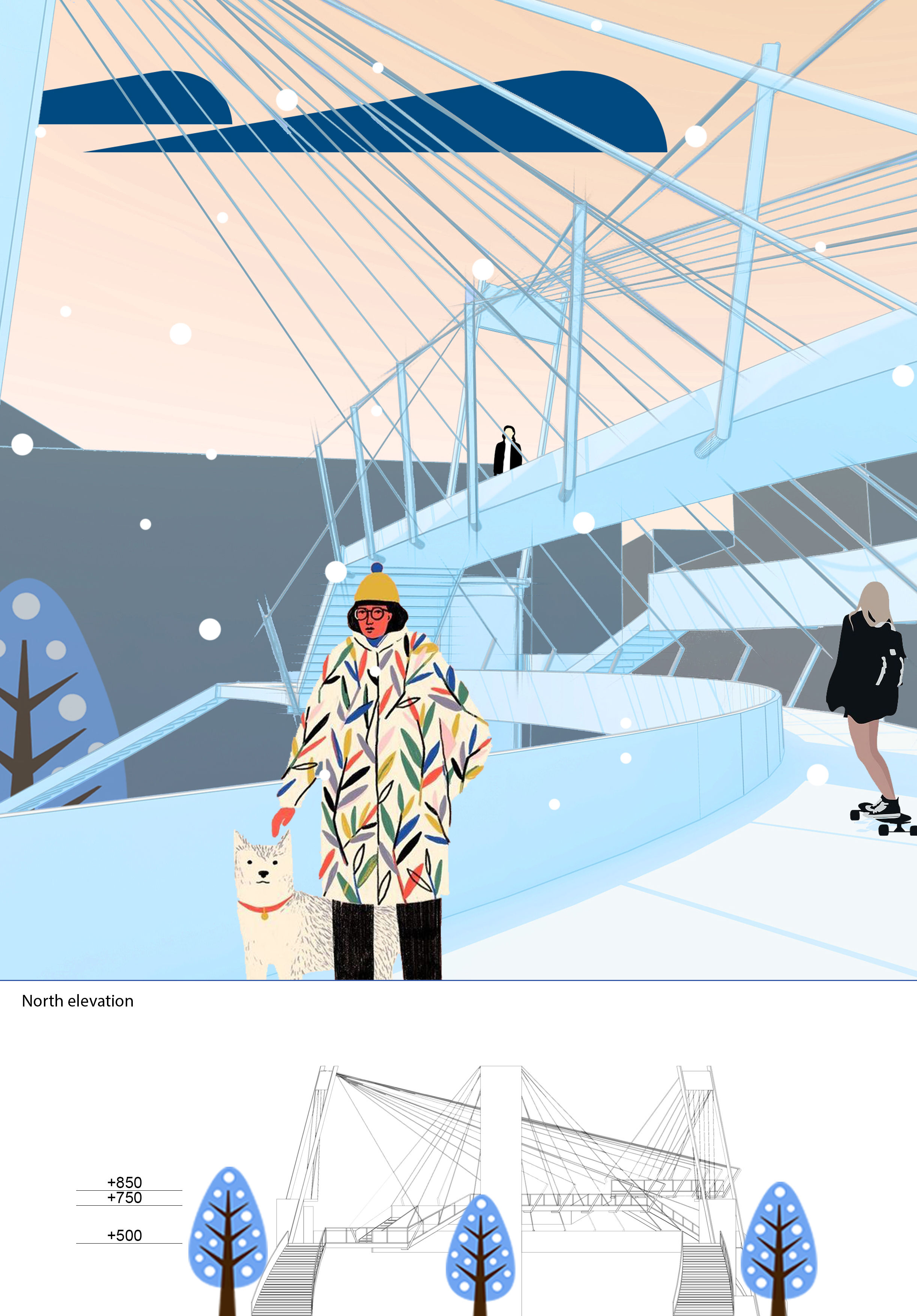 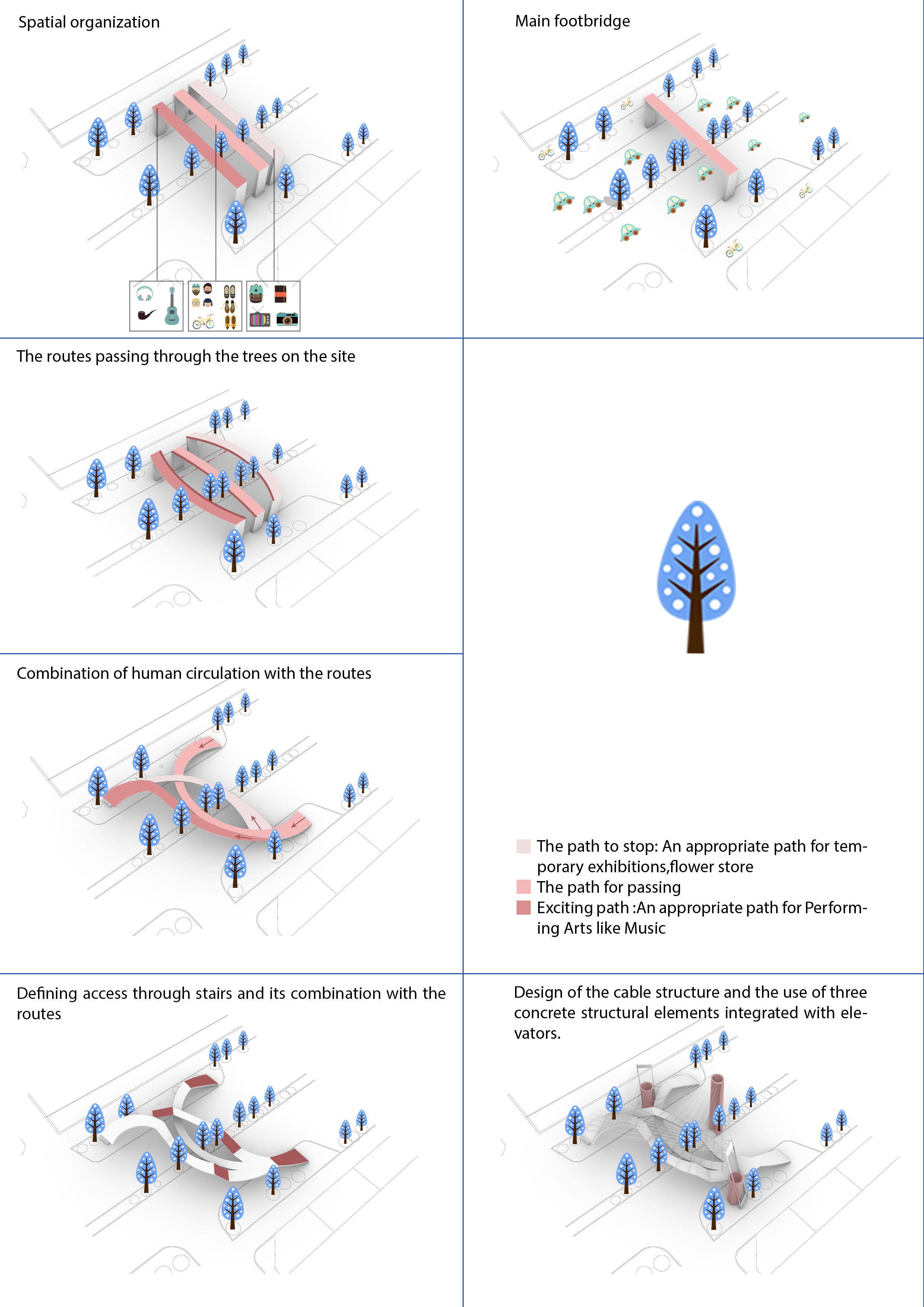 The design began with defining the desired uses. According to users on the site, who mostly belonged to the young or educated class, three different routes were considered for passage. The first route was intended for applications such as temporary exhibition, florist's, bookstore and so on. The second route is for people who only intend to cross the bridge. And the third route was considered for uses such as street concerts, cafes and art activities. The defined routes were placed on the site as if they were passing through the trees like a breeze. This idea not only helped to preserve the existing trees, but also resulted in spatial diversity and increased spatial quality. After that, according to human circulation, the walkways were specified, and then different alternatives for design of the structure were considered. Eventually, a cable structure, which was a combination of three vertical concrete elements and cables, was utilized. Two concrete structures on both sides of the track were integrated with the required elevators. 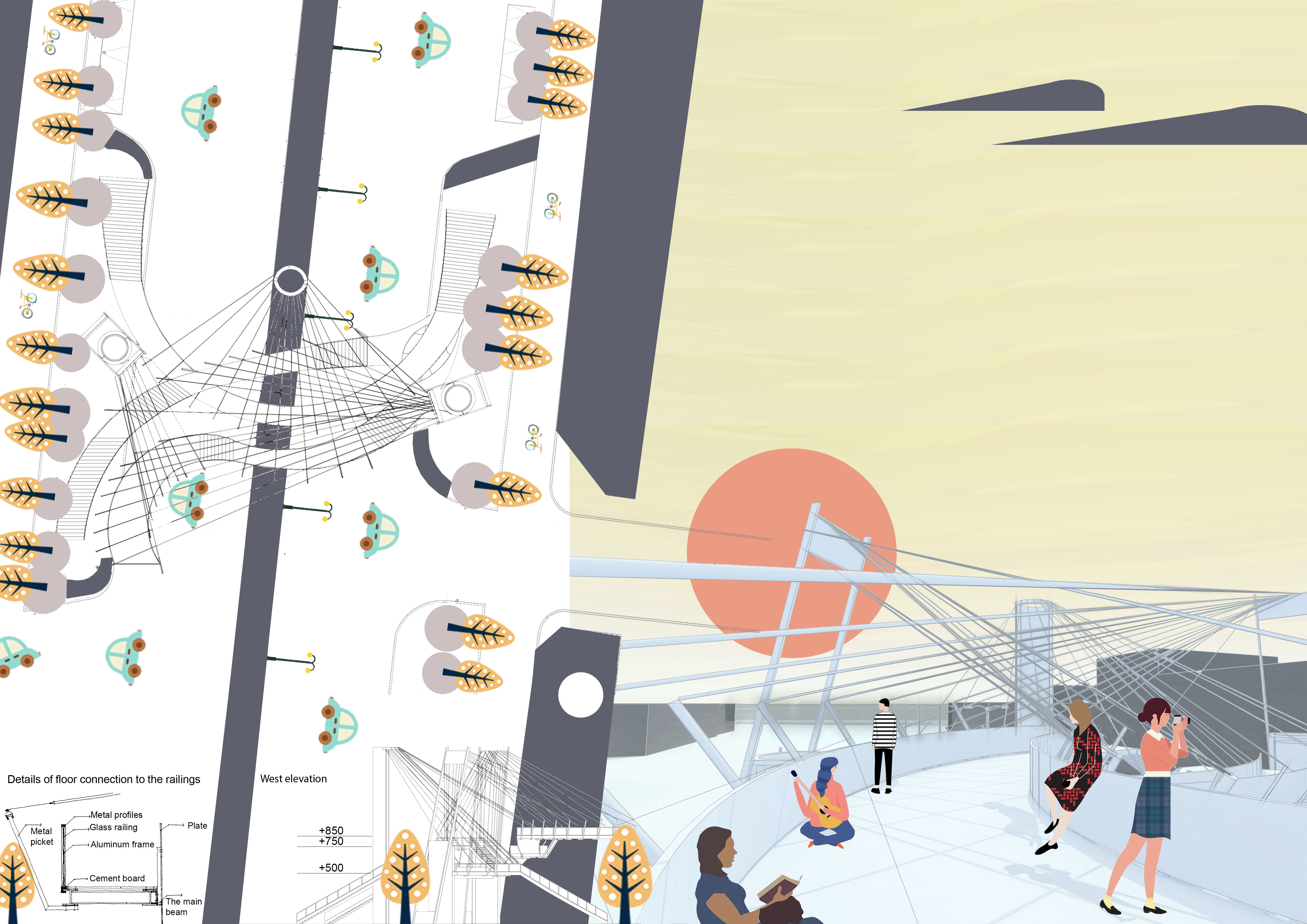